Another feather in Zee Kannada's cap 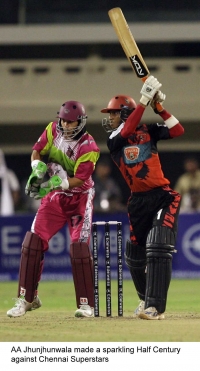 As representatives of Zee Kannada and Miditech cut the cake on the poolside of Bangalore's happening haunt, Zero G, there was a loud applause. For, never in the history of Karnataka television had a musical show made so big an impact in so small a time.

And the applause was for good reason, for Sa Ri Ga Ma Pa is steadily inching towards unsettling the rival's biggest musical offering which held sway over the people for several years.

Also present were Miditech Business Head Abheesh and Production Head Siddharth. A quick rendition of an award winning number by the anchor M D Pallavi, was the highlight of the evening.

As the night grew, the team let its hair down and it was time to groove to some Western and desi music. Work hard and party harder, seemed to be the motto.

“Zee Kannada believes in building and maintaining the enthusiasm and interest levels of all its employees and associates. This activity has helped in breaking the monotony of work and letting people know that good work never goes unnoticed, Anup Chandrashekaran said.