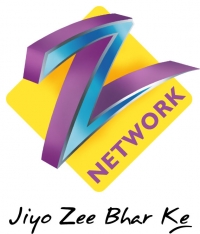 Retired Assistant Commissioner of Police, Delhi, who joined Essel Group company, Wire and Wireless India Limited (WWIL) in January this year is the proud recipient of the President's Medal for Meritorious Service.

Though the Award was announced on the occasion of the Independence Day in 2007, it was ceremonially presented to him recently by Union Home Minister Shivaraj Patil at the Raising Day Parade of the Delhi Police.

During his 39 years of  service with the Delhi Police, he was decorated with over  350 commendation certificates and rolls. He also served the Central Bureau of Investigation (CBI) for 12 years where he investigated several important cases like Beef Tallow case, cases against god man Chandra Swami, and the Shivani Bhatnagar murder case. Harish Joshi was also declared the best Investigator in the country at the All India Police Duty Meet, 1990, held at Pune.

The Essel Group is proud to have such a distinguished officer as a member of its family.