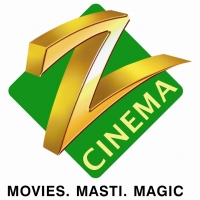 The year 2008 couldn't get bigger and better for Zee Cinema. The undisputed leader in the Hindi Movie Channel Space has been declared winner of the 'Best Movie Channel of the year' award for the sixth time in a row at the 8th Indian Television Academy Awards. Zee Cinema has been bestowed with this honour ever since the institution of this category in 2003.

Zee Cinema, Business Head, Mohan Gopinath said, “It's a great pleasure accepting this award and we are proud to witness that despite of the launch of so many new channels, viewers have given their verdict on Zee Cinema being the best, as proven by both ratings as well as awards. We as a team, feel encouraged with such honour and we promise to deliver on the trust and love that the viewers have showered on us.”