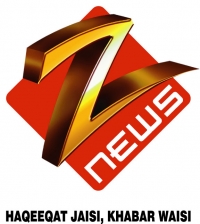 'Wo Saath Din', a documentary by Zee News has won the 'Best Documentary' award at the indiantelevision.com's Indian Television Academy Awards on November 24, 2007.

'Wo Saath Din' focused on the 60 days prior to Indian independence. The vision of the documentary entailed a slew of research on Jinnah, Nehru, Mahatma Gandhi and other prominent freedom fighters and political big wigs. "The award has re-instated the strong commitment of the channel to show the hardcore truth," stated Barun Das, CEO, Zee News.

Zee News has been a pioneer in promoting documentaries that aim to bring the hidden truth to its viewers. Since its inception, the channel has frequently produced research-based documentaries and feature stories. Some of its prominent endeavors include Jinnah Vs Jinnah, Bhagat Singh, Netaji Subhash Chander Bose and 'Wo Saath din'. The channel has been laudec for its out-of-the-way endeavours.

The Essel family congratulates the Zee News team associated with 'Wo Saath Din'.