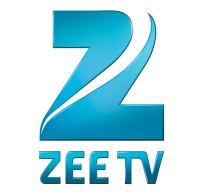 Zee TV is a pioneer in the musical and dance reality genre on Indian television. This year, Li'l Champs had all the elements of a successful show - the contestants were top class singers, there was no concocted drama and the premise of the show was primarily to showcase talented singers spearheaded by three talented musicians as judges - Adnan Sami, Kailash Kher and Javed Ali. The team is happy that the show proved to be a winner at the BIG ITA Awards this year. The show stood out among the clutter due to its superlative content with extremely talented contestants and clean format.