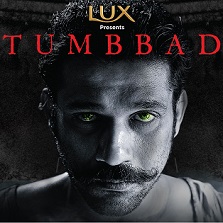 This Saturday night will give you goosebumps as &pictures – Naye India Ka Blockbuster will take you through a spine-chilling journey with the World Television Premiere of horror fantasy 'Tumbbad'. Set in a small village in Maharashtra, Tumbbad narrates the gripping tale of Vinayak Rao (Sohum Shah) who unravels the mystery of a local cursed legend named Hastar. Directed by debutant Rahil Anil Barve & Adesh Prasad, this mythological horror is a well-crafted blend of folklore, fear and fantasy that creates a surreal experience for the viewers. Considered to be one of the best films of 2018, the critically acclaimed movie is all set to make your stomach churn on Saturday, 14th December 2019 at 9.30pm only on &pictures.

With its unique concept and top-notch production design, the movie truly reinvents the horror genre for Indian cinema and will make you clamp your eyes shut in anticipation of the terror that is about to unfold in Tumbbad. This was the 1st ever Indian film to be screened at the prestigious 75th Venice International Film Festival which was also a moment of pride for the entire country.  Along with Sohum Shah, the movie also features Jyoti Malshe, Mohammad Samad and Anita Date amongst others in crucial roles.

Taking center stage as the lead protagonist and the producer, Sohum Shah said, “When I first heard the plot of the movie, it sounded like a mere grandmother's story. When we started working on the movie, we realized it was a lot more than just a story or a script. The experience was not only overwhelming but also tedious as we were working on a script that we started 6 years ago. When I fall in love with something, it's tough for me to shift my focus. And I fell in love with this story. The response we received was unimaginable and now the feeling has doubled with Tumbbad's World Television Premiere on &pictures.”

Set in the year 1947 in the rural village of Tumbbad, a young Vinayak has heard the stories of an ancient fortune held by his family for years but is warned against attempting to attain the treasure else he will fall victim to the demon he guards. He instead cares for his great-grandmother, a decrepit crone who must remain sated or her appetites might just claim them all. When she dies and he inherits the treasures housed inside a decaying estate, Vinayak discovers that they are not exactly what he expected, but instead an endless bounty protected by a vengeful and ravenous fallen god 'Hastar'. Years later, he returned to Tumbbad to face 'Hastar' so that he can test his fortune.

But will Vinayak's dream turn into a horrifying nightmare?

Watch the World Television Premiere of Tumbbad on Saturday, 14th December at 9.30pm only on &pictures!

Report By: Marina Crasto
Mail your feedback at: esselnewsletter@zee.esselgroup.com