A Hollywood Celebrity - A Personal Assistant. Feel the other side of this relationship as &PrivéHD airs Gemini this Saturday! 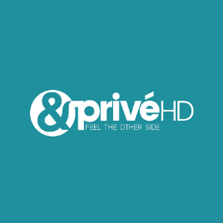 &PrivéHD, the premium destination for nuanced cinema, is all set to premiere the intriguing murder mystery Gemini, on Saturday, March 16, 2019 at 1PM and 9PM

Against a dimly lit canvas and the twilight skies of Los Angeles, a heinous murder puts a close-knit relationship to test. Such is the gripping start of the remarkably compelling neo-noir film Gemini. Centred around a Hollywood starlet and her diligent personal assistant, the film unfolds the many layers to their complex relationship which is truly put through trial by fire. &PrivéHD, the premium destination for nuanced cinema, is all set to premiere the intriguing murder mystery Gemini, on Saturday, March 16, 2019 at 1PM and 9PM. Feel the other side of this film's edgy drama through the award-winning director Aaron Katz's lens and powerful performances by the female protagonists essayed by Lola Kirke and Zoë Kravitz.

Having received multiple nominations across film festivals like Chicago International Film Festival and Americana Film Fest, Gemini on &PrivéHD is one film that truly goes beyond what meets the eye. The film opens with a gruesome murder of a Hollywood star-in-the-making Heather Anderson (Zoë Kravitz) that occurs rather discretely in the dead of the night. Jill walks in on her lying dead with a gun and thus triggers the hunt of all times. With the detective Ahn (John Cho) suspecting Jill behind the murder, she now takes it upon herself to uncover the mystery as she ventures across Los Angeles to get to the bottom of the gruesome crime. A journey that forces her to face her own inner demons, Jill battles it out with the cops to stay a step ahead in uncovering the culprit behind her boss's murder. Will the other side of their relationship bring answers to the crime that has taken place?