All monsters are out and alive to spook you this Halloween! Watch Flix Halloween only on &flix 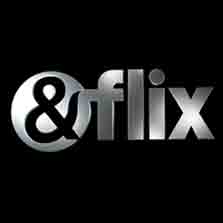 Make your jack-o lanterns, get out your spooky outfits, prepare for trick or treat and get ready to witness all the monsters come alive as &flix, the destination for the biggest Hollywood hits, brings a special Flix Halloweenline-up. Slappy and his monsters are back to wreck more havoc on Halloween and this time they come with double force. Goosebumps and Goosebumps 2: Haunted Halloween will air on October 31, 2019 at 3 PM and 5 PM, respectively only on &flix this Flix Halloween.

An all-time favorite horror comedy adventure, Goosebumps and its sequel, aim to retain the spookiness of the story with exceptional visual extravaganza this Halloween. Goosebumps stars Dylan Minnette as Zach, Odeya Rush portrays the role of Hannah and Ryan Lee as Champ and Goosebumps 2: Haunted Halloween features Wendi McLendon-Covey essays the role of Kathy and Jeremy Raymond Taylor portrays the role of Sonny. Halloween has always been about spooky nights and haunted stories and &flix has got that covered for you. Nothing is spookier than a mysterious talking dummy who wants to destroy the world. Slappy and his monstrous friends hit the town of Madison and then march towards Wardenclyffe. These adventure horror movies will set the Halloween mood and will take you on a journey, beyond just movies.

The puppet is here to cause mayhem! Watch Flix Halloween on October 31, 2019 starting 3 PM only on &flix