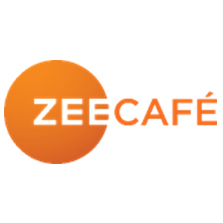 This holiday season, there is no reason for you to leave your couch! Bringing non-stop entertainment from 8 AM to midnight, is Zee Café's 'Breakfast To Bed Binge'. Come December 31, 2019, 8AM onwards, the channel is set to showcase a back-to-back seasons of the laughter riot – The Odd Couple Season 1 – Season 3.

The Odd Couple stars Matthew Perry as endearing slob Oscar Madison and Thomas Lennon as uptight neat freak Felix Unger, two former college buddies who become unlikely roommates after the demise of their marriages. It's not long after Oscar lets Felix move in that Oscar fears he's made a monumental mistake. Oscar's jack-of-all-trades assistant, Dani, and his long-time agent, Teddy, have their hands full trying to keep Oscar's career as a sports radio host on track as he deals with his new living situation. Fortunately, their quirky next-door neighbour Emily helps Felix adapt to his new life as a bachelor and rein in his copious eccentricities.

Despite how exasperated Oscar and Felix make each other, in the end, these mismatched friends agree they can help each other move on from their divorces and somehow make this crazy living arrangement work.

Your holiday plans are set with non-stop entertainment from dawn to dust with the 'Breakfast To Bed Binge' on Zee Café starting December 25, 2019 right up till January 01, 2019, every day at 8 AM on Zee Café.