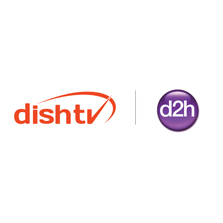 Financial numbers for fiscal 2019 are thus, not comparable with the corresponding period last year.

• Closing net subscriber base of 23.7 million. Dish TV continues to be the market leader in the DTH space in India

However, presuming that the financials for fiscal 2018 had represented 12 months each of Dish TV India Limited and Videocon d2h Limited, Adjusted EBITDA would have been Rs. 19,690 million with an Adjusted EBITDA margin of 31.6%. [1]

The Board of Directors in its meeting held today, has approved and taken on record the audited consolidated financial results of Dish TV India Limited and its subsidiaries for the quarter and financial year ended March 31, 2019.

The fourth quarter of fiscal 2019 witnessed pay-tv distribution platforms continuing the drive to migrate subscribers to the New Tariff Regime. However, with the Tariff Order deadline shifting from December 28 to January 31 2019, pay-tv subscribers remained sceptical about channel selection.

Later, post notification of the Order, leveraging deep insight about the recharge history of its subscriber base, the Company also offered 'Best Fit Packs' to facilitate channel selection by its subscribers in addition to ala-carte offerings.

Though subscribers remained undecided, the Company, true to the deadline, worked in overdrive to satisfactorily migrate its 23.7 million subscribers to channels/packages of their choice or to 'Best Fit Packs.'

January and February saw huge enquiries and call surge at call centres. This rush of customers, shifting implementation deadline and technological challenges weighed heavy on recharges and acquisitions during the first two months of the quarter with subscribers deferring recharges for weeks at a stretch.

Finally in March, internal surveys started throwing encouraging results with 93% of the migrated subscribers giving a thumbs up to the new channel combinations offered to them. Close to 60% subscribers, on an average, were upgraded from their existing monthly packs with the average full month recharge being higher by Rs. 8 and Rs. 7.25 respectively for Dish TV and D2h platforms. In fact, the last month of the quarter turned out to be a blockbuster with acquisitions being higher by 156%, and revenues higher by 18% over January and February average.

Dish TV's fourth quarter revenues were impacted due to transition to the New Regulatory Regime. Revenues were down Y-o-Y notwithstanding a sharp turnaround in the third month of the quarter.

Mr. Jawahar Goel, CMD, Dish TV India Limited, said, “The migration has given significant data insight to the TRAI and the price regime remains under consideration. We believe the TRAI may undertake the exercise of price rationalization which should result in higher consumption of channels going forward.”

Turnaround in business performance in March set the ground for an even stronger growth in the year ahead.

Mr. Anil Dua, Group CEO, Dish TV India Limited, said, “FY20 started on a strong note with the general elections keeping viewers hooked on to their television. The soon to start Cricket World Cup should further engage the television viewing masses bringing revenue growth to the business. The year is also going to be the first full year seeing the positive impact of the now well in place Tariff Order. We strongly believe that the New Regulatory Regime will bring the much needed transparency in the industry thus helping distribution platforms like Dish TV command a premium for its nationwide reach.”

“The current year should be a landmark year for Dish TV with market leading revenue and EBITDA growth. The New Regulatory Regime along with continuing synergies should further help us increase our EBITDA per subscriber during the year,” said, Mr. Dua.

With a strong semi urban and rural base, Dish TV India stands to benefit from the planned withdrawal of Hindi entertainment and movie channels by the top four broadcasters from the DD Free Dish platform.

Talking about the Free Dish impact, Mr. Jawahar Goel, CMD, Dish TV India Limited, said, “The decision of the big four broadcasters to withdraw free-to-air channels from the DD Free Dish platform has provided us an immense opportunity to win back our customer base in markets that were consuming private channels on the government platform. Dish TV India has positioned itself in a way that it becomes the obvious choice of entertainment for these subscribers. We also remain optimistic about broadcasters putting up a pay-wall around linear channels being offered by them on alternative distribution platforms.”

One Year of Merger

The Company grew in size during the year increasing its subscriber base by 700 thousand subscribers. Merger synergies realized from almost every operating expense line item led the EBITDA margin to expand to 33.2% at the end of fiscal 2019.

New HD set-top-boxes that are more economical yet offer better features than the outgoing ones were launched during the year. Synergies realized in capital expenditure were to the tune of Rs.1,000 million.

Dish TV India further strengthened its service network post-merger. The Company now has 385 company owned service centres, up from 282 and around 4,073 company technicians.

The integrated yet differentiated User Interface helped achieve greater efficiencies in the areas of field service and customer satisfaction during the year.

Capability Maturity Model Integration (CMMI), Level 5, was awarded to Dish TV India during the year making it the only media and entertainment organisation in the world to be certified with 'Maturity Level 5.' Organisations at 'Maturity Level 5' demonstrate capability to accomplish and sustain their business objectives and performance.

Integration of headend infrastructure was planned to enhance the customer TV viewing experience and serve satellite operations for both its brands. During the year, Dish TV India upgraded and expanded its entire DTH platform to the AVP 4000 video processing platform. The award-winning compression technology enabled the Company to adapt to both traditional broadcast and multiscreen service delivery from a single platform.

With election related uncertainty getting over and a stable government back at the Centre, economic development should be the top priority. The of-late, slight slowdown in the economy, due to sluggish agricultural growth and subdued private consumption should now give way to a high growth environment.

The television industry had its fair share of ups and downs in fiscal 2019 due to regulatory and perception driven challenges. Fiscal 2020 should however be an year of immense growth due to extensive cricketing action as well as the positive impact of the general elections.

Dish TV India is confident of further strengthening its pole position in the Indian DTH industry while increasing its profitability. The New Regulatory Regime should aid margin expansion with content costs becoming a pass through item.

Speaking about the widespread change that The New Regulatory Framework has brought in the industry, Mr. Jawahar Goel, said, “While the DTH industry has been working hard to implement The New Regime, we also appreciate the rapid evolution that the cable MSO's have gone through post roll-out of the New Regulatory Regime. Business practices like packaging, billing, dunning and prepaid offers have been well implemented by corporate MSO's. Although smaller MSO's have some catching up to do, the positive spirit with which the New Regime has been embraced is appreciable.”

The Company is excited about the future of Watcho, the in-house OTT app that was launched during the quarter.

Talking about the concept behind Watcho, Mr. Anil Dua, Group CEO, Dish TV India Limited, said, “Watcho is not going to be yet another OTT app adding to the crowd of existing applications in the market. Our foray into content is a well thought initiative where the fundamental concept is to build an emotional connect with our 23.7 million strong and growing subscriber base. Our OTT offering would come with a fair mix of original content, linear channels and catch-up content. However, we are not in the race to acquire popular content at exuberant price points but would rather want our viewers to come on board and share their talent with the world through our App. This, we believe, would ensure viewing stickiness on our platform. Content beyond user generated would generally be low budget, short-format programming that would be procured on a revenue share basis.”

The Watcho app is available to download and view on the Web, App Store and Play Store and has already crossed a hundred thousand downloads since its launch a few days back. The platform has over 20 original shows in Hindi and regional languages.