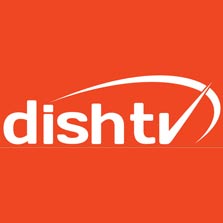 
Dish TV adopted Ind-AS (Indian Accounting Standards), notified by the Ministry of Corporate Affairs, from 1Q FY18. Consequently, results for the quarter ended September 30, 2016 have been re-stated to comply with Ind-AS to make them comparable.

The Board of Directors in its meeting held today, has approved and taken on record the unaudited consolidated financial results of Dish TV India Limited for the quarter ended on September 30, 2017.

Moving further away from the demonetization era, Dish TV saw a recovery in its EBITDA margins during the second quarter as compared to the preceding few quarters. Operational efficiencies along with some revenue expansion resulting from an improved customer sentiment led to a margin expansion of 170 bps. EBITDA margins during the quarter were 28.9% as against 27.2% in the previous quarter.
Subscription revenues recorded 1.9% growth sequentially to close at Rs. 7,049 million. Average revenues per user (ARPU) strengthened to Rs. 149 while churn rate recovered to close at slightly less than 0.8% per month.

Subscriber additions at 188 thousand were in line considering the seasonality of the second quarter.
Amalgamation of Videocon D2h into Dish TV

The proposed combination of Dish TV and Videocon d2h would create one of the world's leading DTH platform.


Mr. Jawahar Goel, CMD, Dish TV India Limited, said, “We have been eager to get back to our stakeholders with the news of the successful closure of the merger. With all other approvals in place, the only approval pending is from the Ministry of Information and Broadcasting. We are optimistic about hearing back from the MIB any moment now and hope to close the merger at the earliest thereafter.”


“We remain excited about the next phase of growth that the combined entity, Dish TV Videocon Limited, will go through and are committed to make the combination a mega success. On the synergy front, we stick to our guidance of Rs. 1,800 million for FY18 and Rs. 5,100 million for FY19,” said Mr. Goel.

High Definition for All

To further strengthen its high definition (HD) base, Dish TV recently started giving limited period complimentary access to 7 popular HD channels in a scheme called 'HD for All.' This limited duration offer has been extended to all Dish TV subscribers who are at an ex-GST price point of Rs.169 per month or above. The scheme is not applicable to South India.


With 'HD for All,' Dish TV looks forward to convert aspiring Indian television households to the Dish TV DTH platform. In addition, the Company is also hopeful about converting ambitious standard definition subscribers to high-ARPU HD connections once they experience the five times better picture quality of HD through any of the 7 channels.

Mr. Jawahar Goel, said, “HD has always been considered to be an effective differentiator in an industry that otherwise has little differentiation to talk about. The 'HD for All' scheme shall expedite the SD to HD conversion for subscribers who had so far not experienced HD quality and hence had never considered upgradation.”

Competition within the industry remained intense but manageable. Pricing pressure, by way of low ticket pack prices, prevailed. Dish TV followed a similar strategy but remained conscious of the contribution margins from every pack that it introduced in the market.


The division bench of the Madras High Court continues to reserve its judgement in the Tariff Order dispute.
Dish TV however had recently, partly, adopted TRAI's new Tariff Order and  had started offering all channels, except Sports and select south channels at affordable ala-carte prices of Rs. 8.50 and Rs.17.00 (plus GST) per channel per month for SD and HD respectively.


As subscribers opt for ala-carte channels, data surprisingly shows that their choice of channels on the Dish TV platform are in contrast to BARCs' weekly ratings.


On the Free DTH front, negotiation between the distribution industry and private broadcasters on segregation of free vs. pay content continued.


Prasar Bharati, in the meanwhile, has gone back to the drawing board on the auction of slots on the DD Free Dish platform. 10 FTA channels so far, due to their inability to pay high carriage fees, have opted out of the platform.


Another 5 channels, out of the 10 coming up for renewal in February, are expected to opt out of the Free Dish platform.

Dish TV continues to keep an active watch on the developments.

The Road Ahead for DTH in India

As India progresses on the path to digitisation, large digital service providers like Dish TV see a significant role to be played by them in the process.


Dish TV soon aims to connect ordinary television subscribers with the best in class digital entertainment that is going to be over and above traditional TV. The Company plans to further enhance its significance by doing things that would leverage the strength of its legacy, reach and customer ownership.


Dish TV is enthusiastic about its soon to be launched Hybrid Box and OTT app that will give subscribers access to the latest in the world of television entertainment alongside their DTH subscription. Dish TV looks at this, along with HD services, as the ARPU driver of tomorrow.


Further, government initiatives like Housing for All and electrification of rural areas will help create green-field demand for digital services like DTH. Dish TV gets bulk of its subscribers from non-top, towns and cities in the country.