''In this town, it can all change…like that.'' Revisit the Golden Era of Cinema with the Flix First Screening of 'Once Upon A Time in Hollywood' 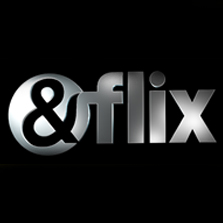 A chance to witness the extraordinaire on screen and an exclusive opportunity for the movie buffs - &flix, the destination for the biggest Hollywood hits, is back with yet another “Flix First Screening” of Once Upon A Time in Hollywood. Enabling countless movie enthusiasts to Leap Forth into the world of action, adventure and drama with the biggest premieres from Hollywood, Flix First Screening offers fans with a special preview of the most-anticipated movies, before anyone else.

After successful theatrical premieres of blockbuster movies like Spider-Man: Homecoming, Men In Black: International, Spider-Man: Into the Spider-Verse, Venom and Spider-Man Far from Home; &flix brings the golden-era charm of Hollywood with the screening of 'Once Upon A Time in Hollywood.' The channel is all set to host the premiere across Mumbai, Delhi and Chennai.  In its endeavour to bring piping hot premieres every month, the channel presents viewers with a cinematic delight this August with the screening of the most-awaited dramedy of the year – Once Upon A Time In Hollywood.

In his ninth film, the renowned filmmaker and master of his craft, Quentin Tarantino brings together a dream team in his ensemble cast comprising Leonardo DiCaprio, Brad Pitt, Margot Robbie, Dakota Fanning, Luke Perry, Damian Lewis, and Al Pacino. Set against the backdrop of 1969 Los Angeles, Once Upon A Time In Hollywood details the journey of an actor and a stunt-man as they gradually adapt to the changing norms of the industry. In the run-up to the final moments of Hollywood's golden age, the movie offers viewers with moments of drama, comedy and a flavour of fame in its story.
Watch the golden era of Hollywood as &flix brings the #FlixFirstScreening of Once Upon A Time In Hollywood