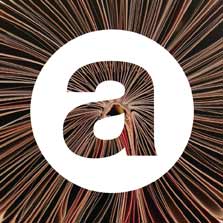 ARTH – A Culture Quest is a first of its kind initiative by ZEE with an aim to understand and find meanings of the Indic civilization and discover its soul. “India”—one of the world's most ancient living civilizations that discovers and re-discovers itself every day, conjures myriad meanings for different people. It is a civilization united by its diversity, the richness of its culture, the glories of the past, the turbulences and triumphs, the landmarks of each era and the knowledge and legacy that has come down through the centuries. As you walk through India's history, her geography, her linguistic, scientific and artistic contributions, your individual interpretation will be your discovery, your meaning, your ARTH!

Speaking about the concept of 'ARTH', Shreyasi Goenka, Founder – ARTH and Co-Director SaathSaath Arts Foundation, Jaipur Sculpture Park said: “At ZEE, we have always endeavored to build new and exciting platforms for the society to connect with the rich diversity of cultures in our country. The core concept of ARTH is to bring alive the best of everything that India has to offer across various fields in a manner that is collectively interesting, informative and also enriching. We hope the youth would find our programming and topics particularly interesting and have valuable takeaways from ARTH. In the years to come we hope to have regional as well as international editions of ARTH to take this message across frontiers”.


“ARTH”, the festival not only aims to celebrate the essence of Indic Thought and philosophy, but also seeks to make it a journey of discovery for the audiences. Bringing together an array of some of the most brilliant thinkers, scholars, philosophers, Indologists, artists and authors, ARTH has something in it for everyone—young and old alike.


Speaking about the programming of 'ARTH', author, historian and Co-Director – ARTH, Dr. Vikram Sampath said: “Going beyond shallow jingoism, there is so much about our civilization and its values that we can be genuinely proud of. Unfortunately, these have never been part of curricula or popular discourse, as we seem to love self-flagellation. ARTH--through lectures, panel discussions, concerts and performances, will try to contextualize a lot of this traditional knowledge to modern times. Our history and its narrative have often been presented in a monochromatic way and their multiple versions have seldom found an expression. ARTH will seek to give voices to these diverse, unheard voices that have hitherto been subsumed.”

Beginning with regional editions in Kolkata in December and Pune in January, ARTH will culminate in a gala national edition in New Delhi on 8th, 9th, and 10th February 2019 at the lawns of the Indira Gandhi National Centre for the Arts (IGNCA). Over these three editions more than 250+ scholars, writers, and artists are expected to participate.

Report By: Corporate Communications Team
Mail your feedback at: esselnewsletter@zee.esselgroup.com