Is it worth going against society for Love? Witness a powerful love story as &PrivéHD premieres 'Disobedience' 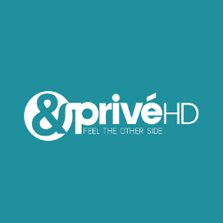 &PrivéHD brings its viewers an unconventional romantic drama of two lovers who fight against an orthodox society for their love. Available with the Zee Prime English HD Pack, &PrivéHD premieres Disobedience, a movie based on the novel of the same name by Naomi Alderman, on Saturday, December 7, 2019 at 1 PM and 9 PM.

New York photographer Ronit Krushka flies to London after learning about the death of her estranged father. Ronit is returning to the same Orthodox Jewish community that shunned her decades earlier for her childhood attraction to Esti, a female friend. Their fortuitous and happy reunion soon reignites their burning passion as the two women explore boundaries of faith and sexuality.

Witness an interplay of love and orthodox society as &PrivéHD premieres 'Disobedience', this Saturday, December 7, 2019 at 1 PM and 9 PM.