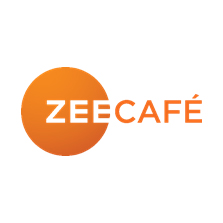 A white board filled cryptic algorithms, a couch with a reserved spot and a bunch of math geeks with a gorgeous neighbour next door – The Big Bang Theory is one show that has truly had us hooked for twelve straight seasons! Still coming to terms with the end of an era as the series reached its happy end? BAZINGA! Not just yet. It's time to reunite with your favourite bunch of socially awkward physicists and relive the crazy with residents of 4B as Zee Café brings the rerun of the last two seasons of the longest running sitcom The Big Bang Theory Season 11 and Season 12 starting July, 24 weeknights at 7PM.

A show that has truly stood the test of time and gifted the world with bouts of laughter and truckloads of memories can never escape our hearts. Remember when Sheldon went on a prank spree? And when the squad dressed up in their Star Trek best? Or even when Leonard and Penny finally tied the knot? The geek-squad has never failed in inspiring us, making us emotional and at the same time driving us crazy with their hilarious banter. Be it their improvised version of rock, paper, scissors, the iconic 'soft kitty' or simply just the atom symbol; the series has truly redefined the way we look at math, science history by slowly unravelling the mysteries with a big bang!
The penultimate Season 11 opens with the man himself – Sheldon Cooper going down on his knees as he finally gathers the courage to pop the big question to Amy. The season traces the lives of the bunch of geeks as they go about planning for the big day. From picking the wedding date to choosing the best-man, the free-spirited Penny along with the borderline lunatic bunch of friends including Leonard, Howard, Raj, Stuart, Bernadette go all out to prepare for the much-anticipated 'ShAmy' wedding.

Ending on a high with a glorious wedding celebration, Season 12 opens with 'ShAmy' off to their honeymoon. Meanwhile, things escalate in the lives of Leonard and Penny as they consider starting a family together. If that's not all, there's also Raj who explores an arranged marriage that has its share of roadblocks. What's the big secret that Penny and Leonard are hiding? Why does Amy have a meltdown?  And who's Koothrappali's new-found friend? The finale season puts an end to all these questions as the gang travels into an uncharted future.

So, gather your buddies and relive the madness with your favourite math-geeks as Zee Café brings the rerun of The Big Bang Theory Season 11 and Season 12 starting July 24, 2019 weeknights at 7PM.