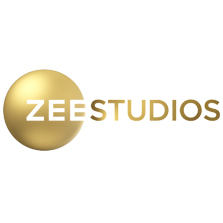 After winning accolades across the world, Dev Patel's Hotel Mumbai is amassing great love on home turf, ahead of its release this month end in India. The makers are all set to launch an emotionally-charged, patriotic anthem titled Humein Bharat Kehte Hain, composed by Sunny Inder and sung by Stebin Ben. The lyrics of the song has been penned by Kumaar.

The makers wanted an anthem that reflects the theme of the film effectively, a song that unites the entire nation of India under the unbreakable spirit of humanity. Hotel Mumbai tells a humane story of the tragic sequence of events that started on the night of November 26, 2008 when Taj Mahal Palace in Mumbai came under siege after ten gunmen entered the hotel premises and gunned down innocent people. The film portrays not only extraordinary courage of the people but also triumph of the human spirit and how people came out of the incident stronger. The film stars Dev Patel, Anupam Kher, Armie Hammer, Nazanin Boniadi among others in pivotal roles.

Commenting on the anthem, Shariq Patel, CEO, Zee Studios said, “Humein Bharat Kehte Hain embodies the spirit that the film stands for. We wanted an emotional song that could strike a chord with the masses and shares the message of peace, harmony, brotherhood and humanity above all.“

Salil Chaturvedi, Founder, Purpose Entertainment added, “When we gave the brief to Sunny, we knew that this had to be the song that salutes the valour of people who stood against all odds to protect others during the siege. This film's story is rooted in human values and we wanted a song that embodies the same sentiment of courage, sacrifice and selflessness of Indians. We are happy with the song and hope that it reinstates in people an affirmation that ordinary people are capable of extraordinary courage.”