Supermoon once again! Public demand gets Russell Peters back to India 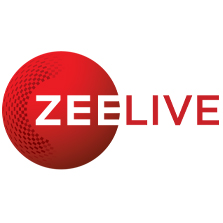 It seems the mother ship India cannot get enough of its dear ol' boy 'Russell' and nor can he stay too away for too long from screaming 'desi' fans here. Comedy superstar Russell Peters is coming back to perform in India this October as part of a return leg of his smash hit 'Deported World Tour'.

The occasion is unprecedented in many ways as Peters was in India just in June 2019, raking in the LOLs at sellout shows in the first edition of Zee Live's Supermoon. The three events, in Bangalore, Delhi and Mumbai set such attendance records, the forces have rejoined to make an encore happen, but in three wholly different cities.

Recently announced as one of the '50 Best Comics of All Time' by Rolling Stone, the Emmy®, Gemini® and Peabody® award winning Indo-Canadian superstar will perhaps by on the last leg of his 'Deported World Tour'. In this phase II of Supermoon, he will perform in Pune on 1st October 2019, Ahmedabad on 4th October 2019 and in Hyderabad on 6th October 2019.

Sharing his excitement for making 2019 a double whammy for India, Peters said, "Our India leg earlier this year was 'sold out' but I could sense from the sheer response that a lot more people could lap it up once more. I've always loved performing in India - the audiences here have some crazy enthusiasm and energy - and this time they'd be from cities I haven't performed in."

The 'Deported World Tour' started in February 2018 in Perth, Australia and has been seen by over 300,000 fans in 40 cities across 20 countries. Listed on Forbes as one of the top ten Highest Earning Comics in the U.S. since 2009, Peters has spent the last 29 years building a career to become one of the biggest comics in the world. Thanks to YouTube and his global following, Peters has sold-out arenas from Madison Square Garden to the Sydney Opera House. Peters has also performed for the troops in Afghanistan, Iraq and on the USS Eisenhower and the HMCS Winnipeg, and appeared on The Tonight Show with Jay Leno, Lopez Tonight, Jimmy Kimmel Live, The Late Late Show with Craig Ferguson and on HBO, CNN, MTV, BBC, Showtime and Comedy Central. Peters 2010 memoir, Call Me Russell was a Globe and Mail number one bestseller in Canada.

Swaroop Banerjee, COO, Zee Live, said: “Supermoon is our flagship IP for Comic and Music talents. The idea was to promote 'larger than life' acts in these genres. The first edition of the 'Deported World Tour' gave us 4 soldout arena shows in Bangalore, Delhi and Mumbai with millions engaging with us on our social universe. Russell has a pulse globally that connects with everyone, closer home, let me tell you, the energy of close to 20,000 audiences was absolutely phenomenal coupled with the brands that engaged with us simply made the decision easier.

We approached Russell for a second edition in 3 new markets and he obliged. Pune, Ahmedabad and Hyderabad will experience the Supermoon ft. Russell Peters Deported World tour early October and as an organization it gives us immense joy when our audiences engage in this manner. Under brand Supermoon we will continue to deliver our promise of truly larger than life acts in the coming season. I am grateful to Russell and Clayton for making this work, we have found true partners in Oranjuice Entertainment who closely work with us for our international formats.”

VG Jairam, Co-Founder. Fountainhead Mktg & Oranjuice Entertainment, said, “Oranjuice Entertainment is proud to partner with Zee Live to bring the best of international live entertainment talent for Indian markets. We are extremely pleased to see the positive response the first edition of Supermoon received, and all of us here are immensely excited for its phase II! Our collective effort is to deliver best of international and local live entertainment across markets in India thus creating a touring ecosystem and create value for the consumer and brand partners”

It's not every year that this 'Supermoon' comes twice! If you love observational comedy and have the appetite to laugh for a couple hours straight, don't miss Russell Peters in your city, book your tickets on Paytm Insider: https://bit.ly/2W2wui3

Report By: Nidhi Udeshi
Mail your feedback at: esselnewsletter@zee.esselgroup.com