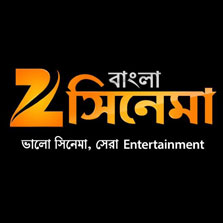 It is an important step in the effort towards establishing a separate brand identity for the channel.

The objective is to project to the viewers the new product portfolio of Zee Bangla Cinema.

The new logo encompasses the look & feel of a channel which promises its audiences good movies along with entertainment in its varied forms.

Zee Bangla Cinema intends to position itself as a provider of original content amongst its viewers. ZBC Originals - a series of original feature films envisioned by Zee Bangla Cinema- is an endeavor on similar lines & has successfully created a buzz amongst the television viewing audience


The new logo would help in strengthening the desired positioning by portraying attributes which are adaptable, aspirational & original.

Report By: Rima Banerji
Mail your feedback at: esselnewsletter@zee.esselgroup.com