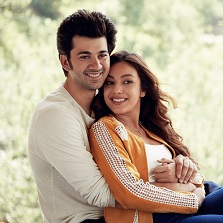 This Friday the audience will see the third generation of the Deol family take over! Karan Deol along with Sahher Bambba will be see making their silver screen debut with Pal Pal Dil Ke Paas, directed by Sunny Deol. And here's why the movie is a must watch this Friday.

Sunny Deol: The film is a refreshing change from the love stories that the audience have seen on the big screen. It's a young, refreshing and innocent love story.

Karan Deol: In a couple of days, the audience will get to see the film. I am a little nervous but excited at the same time about the film's release.

Sahher Bambba: This film is very close to my heart since it's my first. This film will surely remind everyone of their first love.

Shariq Patel, CEO, Zee Studios: Pal Pal Dil Ke Paas showcases thrill and adventure of first love with two new faces in the world of cinema-- Karan and Sahher. The film has a strong emotional which will appeal to audiences across all ages.