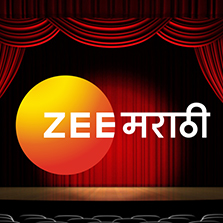 Zee Marathi's "Hamlet" and "Aaranyak" bag top prizes at Maharashtra State's Awards for Commercial Theatre winning a total of 15 awards including 2 for Best Theater Play. Declared by the Directorate of Cultural Affairs these prestigious awards are a rare & commendable win in the theater industry. While these dramas have won numerous other awards, winning the State Awards is a true feather in the cap.

Zee Marathi's entry into the Marathi theatre space marked a step forward in attaining its ambitious philosophy - Jithe Marathi, Tithe Zee Marathi (wherever there is Marathi, there will also be Zee Marathi). Marathi theatre dramas, colloquially known as Natya, form a cornerstone of Marathi culture and hold a treasured spot in the minds of every Maharashtrian. The launch of Zee Marathi's 7 plays has already caused a renaissance for Marathi theater industry bringing back houseful shows, sold out balconies and rich storytelling.

Experience the magic of Marathi theater at its best. Book your tickets on www.bookmyshow.com

Report By: Tanvi Pradhan
Mail your feedback at: esselnewsletter@zee.esselgroup.com