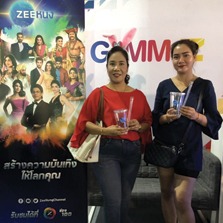 Zee Nung is a 24 hour channel that brings the best of Bollywood Movies & Dramas dubbed in Thai language to the Thai audiences. Zee Nung is carried in the territory by more than 12 platforms across Thailand. The channel reaches over 3 million unique viewers. The partnership with GMM Grammy will attract millions of viewers over the next few years.