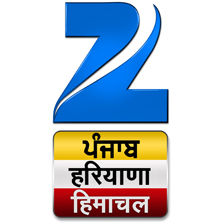 Zee Punjabi, world's number 1 TV channel for Punjabi News, launched on 18th October 1999 as part of the Zee Network is going for yet another landmark change by donning a new corporate identity.

Zee Punjabi as a brand has always thought of unique ways to reach out to its viewers. The new identity 'Zee Punjab Haryana Himachal' comes as a part of the network exercise to strengthen and reposition regional news cluster of Zee Media. The aim is to increase regional penetration and this channel will ensure wider reach in Punjab Haryana and Himachal Pradesh” says Sanjay Vohra, Head of the channel.

The re-launch of the channel with new packaging and channel id will be yet another fresh experience for its viewers and they will continue to love it in this avtaar as well.

The channel initiated an extensive research which divulged a lot of interesting and unique findings, on the basis of which, after two years of successfully airing engaging and relevant content, the channel refreshed its content as well to meet the current likings of the viewers today.

The channel since its inception has consistently worked towards providing superior Punjabi Language content in all its forms. Besides having the most diverse content portfolio consisting of News, Current Affair programmes, Music, Devotional programmes, Interactive shows, Magazine shows, Zee Media Archives and LIVE events it plans to introduce more brand new content in Punjabi and Hindi in the coming days for Punjab, Haryana and Himachal Pradesh.

By embracing our new brand philosophy of “Apne Sube, Apna Desh”, Zee Punjab Haryana Himachal will be bound to strike the right balance between News and other relevant regional programming mix to increase regional penetration.

Report By: KK Dang
Mail your feedback at: esselnewsletter@zeenetwork.com