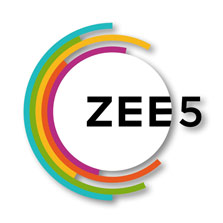 ZEE5 Global aims to cater to viewers in over 190 countries with its wide catalogue of Indian content that will cut across global boundaries, a top company official said.

Archana Anand, Chief Business Officer at ZEE5 Global, said the digital platform has a collection of over 2,000 films, including many Bollywood blockbusters and exclusive digital world premieres, that are a huge draw for all the fans of the Indian cinema.

"We also have a huge range of Originals across languages, many of which have Bollywood stars like Arjun Rampal, Sunny Leonie and Dia Mirza, among others. These have seen great pick-up in the global market," Anand told PTI.

She further said the platform will also feature a bouquet of Malayalam and Tamil content across TV shows, originals, movies etc. as well as Live TV channels ZEE Keralam and ZEE Tamil for the large south Indian population in the Middle East.

"We want to be the market leaders in providing the best of Indian content to the South Asian diaspora and to be associated with the highest quality storytelling across languages, including in every local market that we are present in," she added.