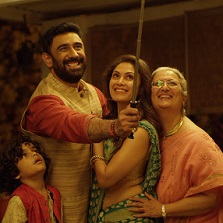 Barot House is a dark, gripping story inspired by true events. Written by Sanjeev K Jha and produced by Ten Years Younger Productions LLP, Dhirajj Walks of Art Pvt and New Born Films LLP, the film talks about the Barot family and the unexpected events which surround them. A suspense drama with many twists and turns, it is sure to keep audiences wondering if insanity can be a part of one's bloodline.

Directed by Bugs Bhargava, the film went on floors this June and has been shot extensively in Daman.

The film adds to the original content library of ZEE5 and is slated to release on 7th August 2019.