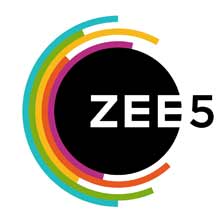 After foraying into multiple genres like biopics, thrillers, docudramas among others, ZEE5, India's largest multilingual entertainment destination is now set to adapt a web series on    'I Will Go With You', one of noted author Priya Kumar's best-selling novels. Titled 'Row No. 26', announcements on the cast, production house & director to follow.


Row No. 26 is set to take audiences on an unforgettable ride of life and death. While the book has already garnered a great response from readers, ZEE5 promises that the show will do equal justice to the book and make the experience enthralling and immersive.

On announcing ZEE5's first show based on a book, Manish Aggarwal, Business Head, ZEE5 India, said, “From past experience, we have seen that our audiences love new formats of story-telling. This is our maiden foray into the genre of web series based on books - an interesting addition to our existing repertoire of genres such as thriller, comedy, docudrama, biopics, etc. 'I Will Go With You' by author Priya Kumar has received a phenomenal response from readers and our effort will be the same with Row No. 26.”

Priya Kumar, Author commented, “Breathing life into my 5th book 'I Will Go With You', ZEE5 is all set for the story to take form into a web series titled Row No. 26. This will be an exciting journey for all the fans of I Will Go With You on boarding The Flight of a Lifetime with ZEE5.”

With over 3500 films, 500+ TV shows, 4000+ music videos, 35+ theatre plays and 90+ LIVE TV Channels across 12 languages, ZEE5 truly presents a blend of unrivalled content offering for its viewers across the nation. With ZEE5, the global content of Zindagi as a brand, which was widely appreciated across the country, has also been brought back for its loyal viewers.