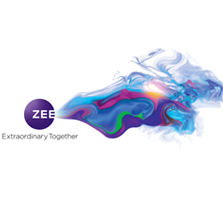 The Board of Directors in its meeting held today has approved and taken on record the audited consolidated financial results of Zee Entertainment Enterprises Limited (ZEEL) and its subsidiaries for the quarter and financial year ended March 31, 2019.

For the fourth quarter of FY19, ZEEL reported consolidated revenue of Rs. 20,193 million. Earnings Before Interest, Tax, Depreciation and Amortization (EBITDA) was Rs. 5,683 million with an EBITDA margin of 28.1%. PAT for the quarter was Rs. 2,917 million.

Q4FY19 HIGHLIGHTS
FY19 HIGHLIGHTS
Mr. Subhash Chandra, Chairman, ZEEL, commented, "This has been another year of robust performance and we have ended the year on a strong footing. With the elections behind us, I expect the economic growth to accelerate. Our M&E industry has grown tremendously over the last few years, but I believe that it is just the beginning. Entertainment content is becoming increasingly personalized and that journey will continue with the new TRAI regulation and emergence of digital medium placing consumer at the centre. This will further motivate all the content producers to create better quality content."

Mr. Punit Goenka, Managing Director & CEO, ZEEL, commented, "We have delivered another quarter of strong operating performance which is commendable given the challenges the industry is facing in implementing the TRAI tariff order. As I had indicated earlier, the implementation of this new regulation has led to short-term disruptions, which is understandable given the size of our pay TV market. Based on the initial signs, I do believe that the changes that this regulation will bring in will be positive for us.

The subscription and advertising revenues for the fourth quarter were impacted due to the tariff order. However, our medium-term growth outlook for the business remains unchanged. While the advertisers have been circumspect to spend due to the uncertainty caused by the regulation and some moderation in the consumer demand, we believe that this is temporary. The tariff order should settle down on the ground soon and the new government's primary objective will be to stimulate the consumer demand, both of which will inspire confidence in the advertisers. The new subscription regime would be beneficial for all the stakeholders in the value chain.

ZEE5 has completed one year of operations and has become one of the leading digital entertainment platforms in the country. We have significantly stepped up the pace of our new launches and the content pipeline for the next one year is firmed up. Over the last three months, ZEE5 further expanded its telecom partnerships and is now available on all the major telecom networks. We will continue to scale up ZEE5 on the three pillars of content, technology and partnerships."

Report By: Corporate Communications
Mail your feedback at: esselnewsletter@zee.esselgroup.com